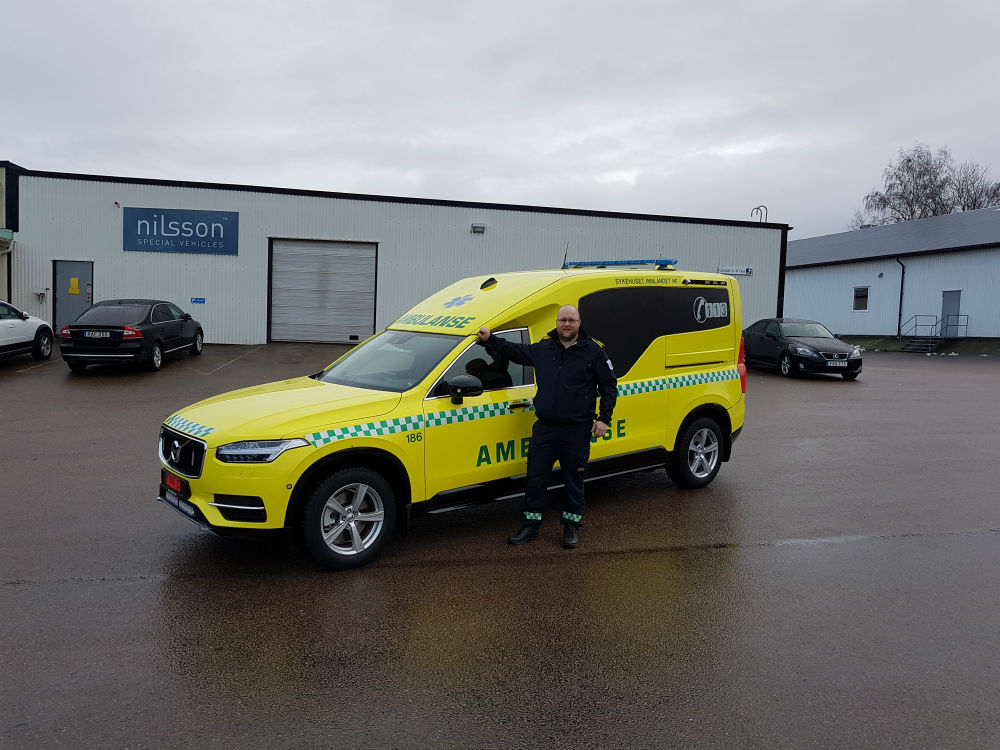 Sykehuset Innlandet, Norway picked up a new Nilsson XC90 Ambulance last week. Shown on picture is Erland Enger who drove the car back to Norway.

Thank you for once again choosing us as your partner and good luck with your new car! 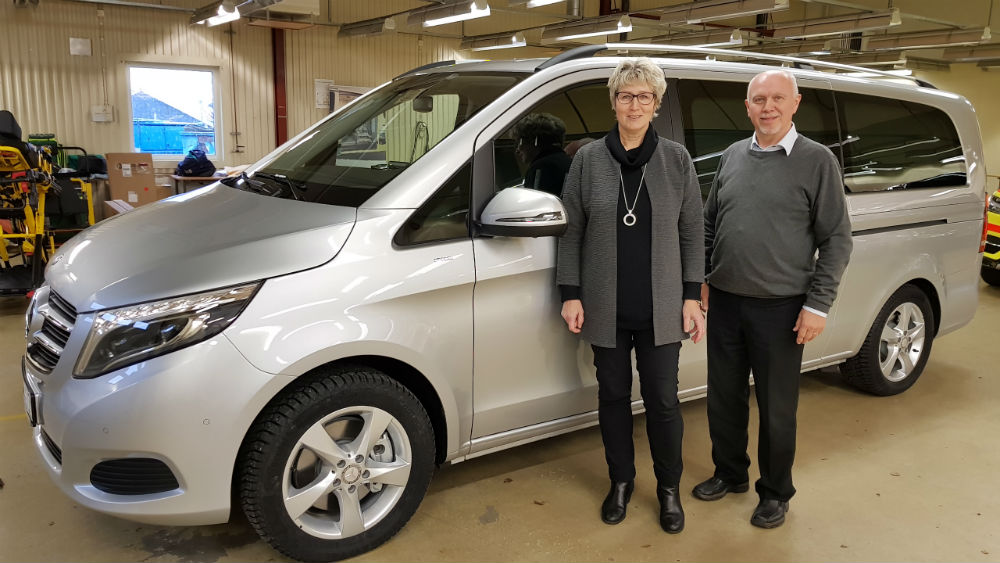 We had visitors from Ronneby today. EvaLott and Krister Holmqvist, owners of Holmqvists Begravningsbyrå was here to pick up their new MB V-klass transporthearse with 2-coffin interior.

We wish you the best and thank you for choosing us as you partner! 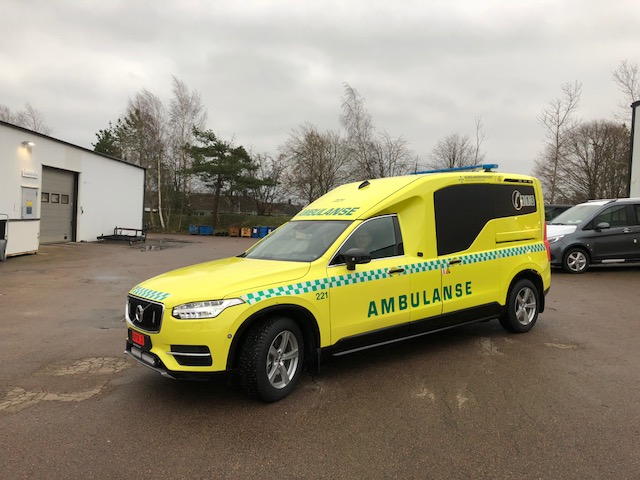 We had visitors today from Nordlandssykehuset to pick up their new Nilsson XC90 Ambulance.

Thank you for confiding in us and drive safe back home!

Good luck with your new ambulances!

Do you remember the first swiss XC90 Ambulance that were delivered to our dealer ACT Special Car Center?

The ambulance has now been sold by our dealer to VGS Medicals and has been back at our factory for some customer adaptations for example new exterior.
On the picture is Adrian Scheiber from ACT Special Car Center (left) and Victor Graf from VGS Medicals (right).

We would like to congratulate VGS Medicals to be the first ambulance company i Switzerland to work with a Nilsson XC90 Ambulance!

We wish you the best of luck and thank you for confiding in us as your partner!

A picture of Mike from “Klassisk Kørsel og Bedemandsassistance” in Denmark when he recieves the swedish Nilsson V90 demo hearse.

Good luck with your hearse! 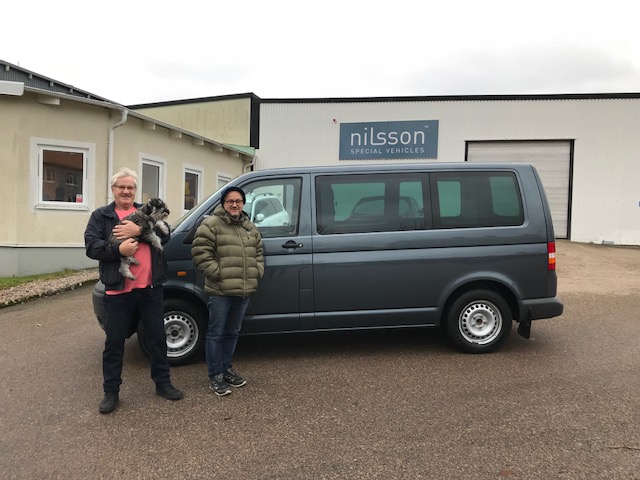 A VW Transporter was delivered today to Marieby Entreprenad. Two happy gentlemen (and one little lady) visited us and then drove back north.

Good luck in the future and thank you for choosing us as you supplier!

Here is a picture of Lars Andersson from Westmans Begravningsbyrå in Sollefteå in front of their new MB V-klass transport hearse. He visited us in Laholm to pick up their new car and drive it back home.

Thank you for confiding in us as your partner and good luck with your new car! 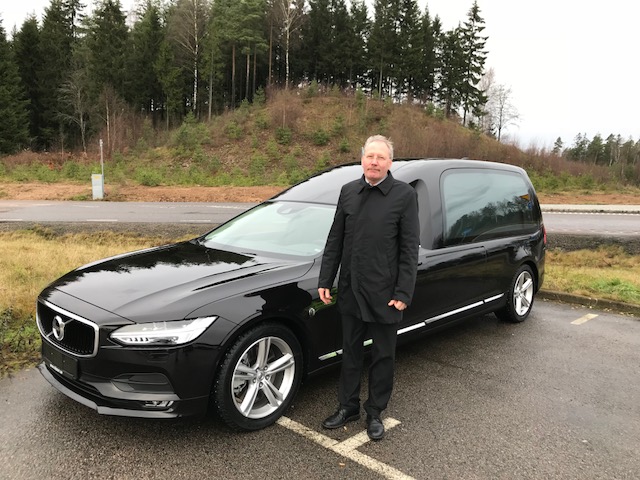 Today is the day when Finland’s first Nilsson V90 Hearse left our factory!
Our dealer Ari Eronen picked up the hearse in Sweden to drive it to the customer in Finland.

We would like to congratulate Hautauspalvelu Painilainen who will be the first funeral home in Finland to drive a Nilsson V90 Hearse!